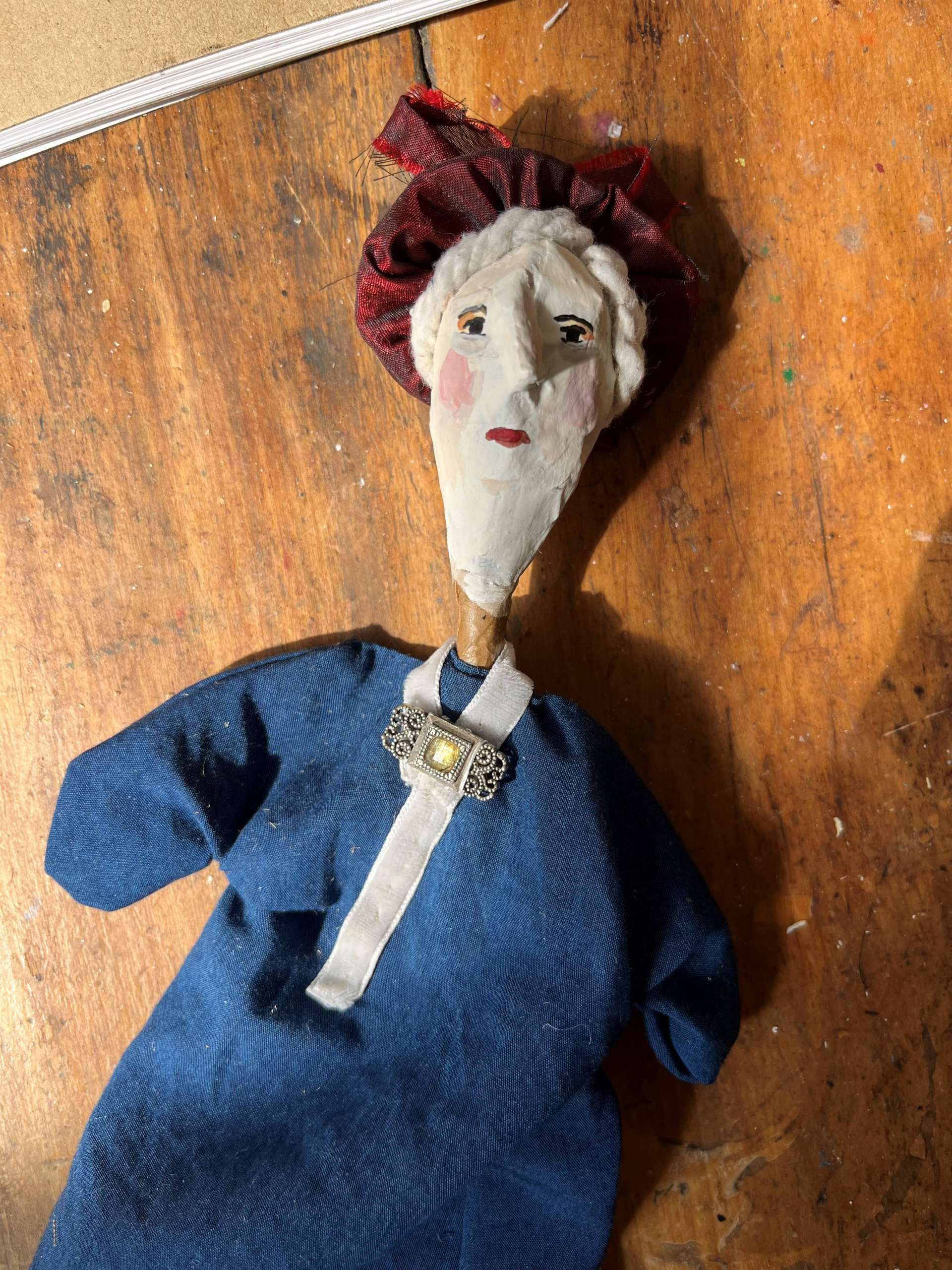 As part of the Census 1921 project, a collaboration between Strike a Light – Arts & Heritage and the University of Brighton, artist Lorna Crabbe developed a creative response to the research undertaken by our volunteer researchers in Hastings and St Leonards, East Sussex.

As a result, she made eight glove puppets based on women and girls who were living in the areas of both Hastings and St Leonards in 1921. These included suffragists and political campaigners, an author and illustrator, a nurse, an aristocrat, a ten year old schoolgirl, a dance teacher and a woman living in the heart of the fishing community.

Videos of the puppets can be found on our YouTube channel along with films of a number of events we organised as part of the Census 1921 project.

As is often the case with this type of research, some of the women had scores written about them in books, newspaper reports and online. Others have just traces, an address, an occupation, a brief mention in the local paper. All we know of Betty Ginner for example, is that she ran the doll’s stall at a church fete in August 1921 with her sister, Hilda.

Some of these women were uncovered by participants from the weekly group sessions and lead researcher Lucy Daish, others came from Lorna’s previous research on Hastings Old Town plus additional scouring of census records and the British Newspaper Archive. Several puppets are based on photographs, drawings and paintings of the chosen women, the others are guesswork.

A thirty second sound recording has been made for each woman giving a brief introduction to her life, which has been read out by a woman or girl who currently lives in Hastings and St Leonards. (These include a lawyer, DJ, gallerist, barmaid, schoolgirl, venue manager, sound artist, and an immigration and asylum caseworker).

These recordings have been transferred to sound modules that are secreted within the puppets and can be activated by a tab so their story can be told as they are handled.

The puppets are simple papier mache constructions, based on glove puppets in the 1920s. Like them they are made from newspapers and paste, sticks and old scraps of fabric, including silk ties, velvet scarves, dresses, camisoles, cushion covers and pillowcases.

Each puppet has a brief, thirty second recording about them, read out by a women currently living in Hastings and St Leonards. They were recorded onto sound modules from recordable greetings cards which are secreted with the puppets, so people can listen to them while handling them.

Lorna Crabbe is an artist who lives and works in Hastings Old Town in Sussex. Find out more about her work at https://www.lornacrabbe.com/

Strike a Light – Arts & Heritage were pleased to partner once more with the University of Brighton’s Centre for Memory, Narratives and Histories in Summer 2022 to deliver a new series of workshops, training, schools activities, public talks and webinars on key themes around the 1921 census.

Using Find My Past, the National Archives and other more regional archives such as The Keep and West Sussex Record Office, we explored hidden histories from the census from 100 years ago.

In Hastings and St Leonards, we organised community workshops with Lorna Crabbe and historian Lucy Daish, which took place over six weeks. The workshops introduced participants to develop practical methods and creative ideas for their own personal exploration of the census.